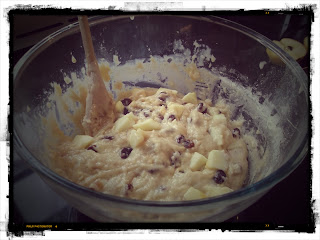 Another misty grey day today so I decided to stay tucked up in bed turned on the radio for some christmas tunes and headed to the kitchen with Herman!

Herman is a German Friendship cake ( a sourdough cake that is handed out in starter form to your friends when you split the mix). Now I reckon Herman counts as a vintage recipe as I remember passing on tupperwares of Herman starters for my mum in the playground at school 25years ago when I was at Juniors.

I've been wondering about this for a while recipe and  was ever so pleased to see a friend handing out small tupperwares of something in the playground - yay! Herman was back!!!

I've lovingly looked after him for the passed 10 days , feeding and stirring as directed then today it was time to bake him!!

For those of you who are lucky enough to be given a Herman and maybe spill him all over the instructions your friend lovingly wrote out for you (Yes! that can happen, sorry Fran) here they are, if you don't have a friend to give you a Herman Starter then scroll down to the bottom of this post for a rather cheekily named Billy No Mates Cake and you can start one yourself!! 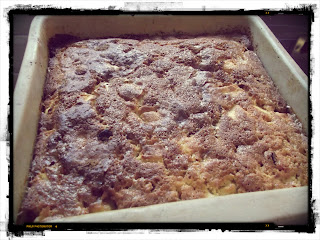 Hello, my name is Herman.
I am a sourdough cake. I'm supposed to sit on your worktop for 10 days without a lid on.
You CANNOT put me in the fridge or I will die. If I stop bubbling, I am dead.

1.You get Herman and put him in a large mixing bowl and cover loosely with a tea towel.
2 & 3 Stir well
4Herman is hungry. Add 1 cup each of plain flour, sugar and milk. Stir well.
5-8 Stir well
9.Hungry again. Add the same as day 4 and stir well. Divide into 4 equal portions and give away to friends with a copy of these instructions. Keep the 4th one.
10. Using the 4th portion.
Stir well and add the following:

Mix everything together and put into a large greased baking tin. Sprinkle with a quarter of a cup of brown sugar and a quarter of a cup of melted butter. Bake for 45 minutes at 170-180C. When cold cut into finger pieces. Cake freezes well and is also delicious warm with cream or ice-cream.

Put all of the ingredients into a large mixing bowl.
IMake sure you use a natural live yoghurt, as this  contains what you need for the sourdough culture being created.


Mix thoroughly with a wooden spoon until fully combined to a smooth batter-like consistency.
If the mixture is too thick to run off the spoon, add a little more milk and mix again.

After being left alone for 24 hours, the mixture will turn frothy and should make your daughter ask "mummy has that cake mix got alcy-hol in it, as she walks past and smells it! So we're looking for aslightly alcholic smell here, fermenting apples etc.
Give it a good stir - the froth will collapse, but the mixture will remain fairly bubbly.

You now have a starter for your Herman Cake. Measure out 1/2 pt and go straight to day 10 on the instructions.... 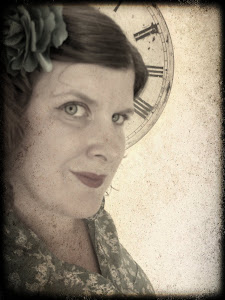 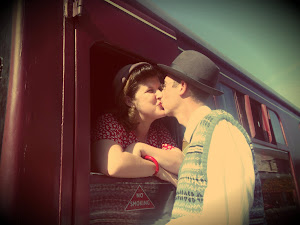